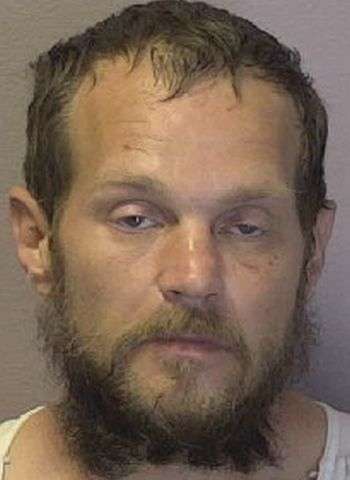 39-year-old Joshua Aaron Gibbs of 17th Street N.W. in Hickory was arrested by Hickory Police just before 6 p.m. last Wednesday (April 7) on one felony count each of robbery with firearms or other dangerous weapons and breaking & entering, along with one misdemeanor count each of assault with a deadly weapon and larceny. He was also served an outstanding warrant for failure to appear on a misdemeanor larceny charge.

Gibbs was arrested after Officers responded to a reported residential break-in on 7th Avenue N.W. The suspect was found in the vicinity and was taken into custody without incident.

Gibbs was arrested on 17th Street N.W. and placed in the Catawba Co. Detention Facility with bond set at $57,000, secured. A first appearance in District Court was scheduled last Thursday (April 8) with additional District Court dates coming up on April 29 and May 24.

Gibbs was previously arrested by Catawba Co. Sheriff’s Officers on February 12 of this year on charges of larceny of a motor vehicle and possession of a stolen motor vehicle, as reported by WHKY on February 15.