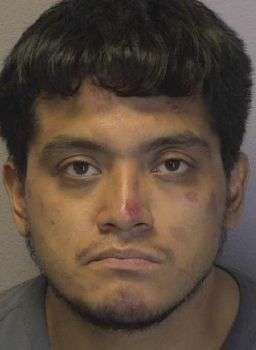 31-year-old Edgar Flores Lozada of 14th Avenue N.E. in Hickory was arrested by Hickory Police at about 3:30 this morning (September 4) on an outstanding felony warrant. He was charged with receiving stolen goods or property in connection to a break-in that was reported on August 11 at a residence on 14th Avenue N.E.

Lozada was taken into custody without incident last night at a convenience store on Springs Road N.E. He was placed in the Catawba Co. Detention Facility with bond set at $5,000, secured. He was not listed as an inmate in Catawba County as of 10:30 this morning. An appearance in District Court was scheduled today in Newton.

Lenoir Woman Charged With Having Drugs At Jail

A motorcycle crash that claimed the life of an 11-year-old from Taylorsville is under investigation.…