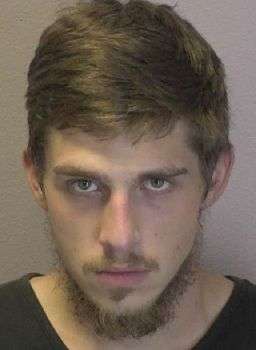 22-year-old Luke Allen Osborne of 23rd Street Drive N.E. in Hickory was arrested by Hickory Police at about 10:25 Monday night (August 10) on one felony count of possession of a schedule I controlled substance.

Osborne was initially charged and arrested in October of 2018. At that time, he was charged with possession of heroin and misdemeanor possession of marijuana up to half an ounce.

Osborne was taken into custody without incident Monday at a business on U.S. Highway 70 S.E. in Hickory. He was placed in the Catawba Co. Detention Facility under a $3,000 secured bond. He has since been released. An appearance in Superior Court was scheduled yesterday (August 11) in Newton.