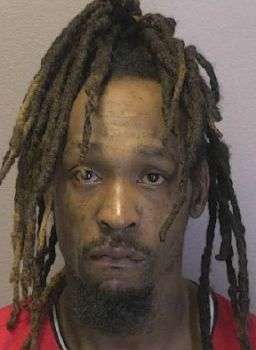 33-year-old Larry Jermaine Linebarger, Jr. of 12th Avenue Drive N.E. in Hickory was arrested by Hickory Police yesterday afternoon (August 5) on one felony count of speeding to elude arrest with two aggravating factors and one misdemeanor count of driving while license revoked.

Linebarger was initially arrested on July 10, 2019 in connection to an incident that occurred on the same date. At that time, he was charged with possession of a stolen motor vehicle, speeding 15 MPH more than speed limit, speeding to elude arrest with two aggravating factors, careless & reckless driving, and driving while license revoked.

Linebarger was taken into custody without incident at 12:57 p.m. yesterday at a business address on Highway 70 S.W. in Hickory. He was processed and later released under a $20,000 unsecured bond. An appearance in Superior Court is coming up tomorrow in Newton.