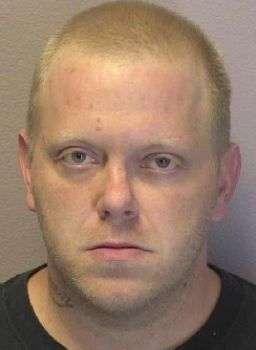 30-year-old Gary Benjamin Stamper of Highway 70 S.W. in Hickory was arrested by Hickory Police at about 10:40 last night (September 22) on one felony count of possession of stolen goods.

Stamper was arrested in connection to an incident on September 9. At that time, Hickory Police responded to a break-in and larceny from a motor vehicle at a building on 10th Street Boulevard N.W. Multiple musical instruments were stolen. The suspect was identified after attempting to sell the items on Facebook. Warrants for Stamper’s arrest were issued on September 10.

The suspect was taken into custody without incident at the Budget Inn on Highway 70 S.W. in Hickory. Stamper was processed at the Hickory Police Department and then released under a $5,000 unsecured bond. A first appearance in District Court was scheduled today in Newton.