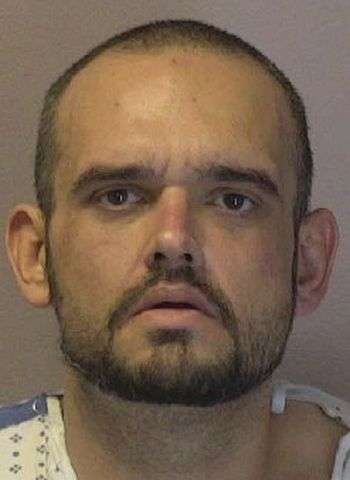 38-year-old Jammy Lee Carswell of 7th Avenue S.W. in Hickory was arrested by Hickory Police on May 27 at about 12:45 p.m. He was charged with felony counts of breaking & entering with intent to terrorize or injure, larceny of a motor vehicle, and possession of stolen property. Carswell was also charged with misdemeanor counts of assault with a deadly weapon, simple possession of a schedule V controlled substance, and reckless driving to endanger. In addition, he was charged with a parole violation in connection to a previous conviction in Burke County in September of 2019 for felony breaking & entering a motor vehicle and misdemeanor larceny.

The suspect was arrested following an incident on May 25 when Officers responded to reports of a stolen motor vehicle in the area of the 600 block of Highway 70 S.E. The vehicle was located at a residence on 10th Avenue S.E. in Hickory. The B&E charge is in connection to a break-in at that residence. Carswell was found and taken into custody without incident at Frye Regional Medical Center.

Carswell remains in jail at the Catawba County Detention Facility under a $34,000 secured bond. A first appearance was scheduled last Friday (May 28) in Newton with his next court date coming up on June 17.