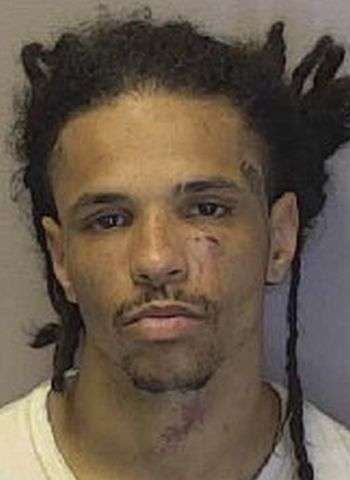 28-year-old Jordan Lee Kennedy of 21st Avenue N.E. in Hickory was arrested by Hickory Police at 10:35 last night (November 22) on two felony counts of assault on a law enforcement officer inflicting serious injury, along with one misdemeanor count each of impeding traffic and resisting, delaying, or obstructing a public officer.

Kennedy reportedly assaulted Officers as they attempted to remove the suspect from the roadway on the 400 block of U.S. Highway 70 S.W. He was taken into custody after Officers deployed tasers. Kennedy initially refused to be fingerprinted or photographed at the Hickory Police Department.

He was jailed in the Catawba Co. Detention Facility under a $50,000 secured bond. As of this morning, Kennedy was no longer listed as an inmate in Catawba County. A first appearance in District Court was scheduled today in Newton.

Statesville Man Arrested in Hickory on Fugitive Warrant from S.C.