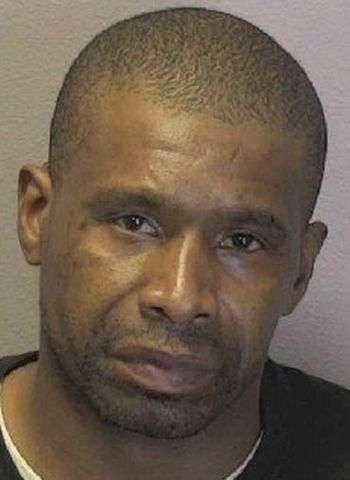 40-year-old Roger Junior Ussery of 14th Street N.E. in Hickory was arrested by Hickory Police at about 11:45 Tuesday night (March 9) on a felony warrant as a fugitive awaiting extradition to another state.

Ussery is wanted by the Columbia Co. Sheriff’s Office in Appling, Georgia (near Augusta) for felony theft by deception. The original charges stem from an incident in November of last year. Ussery is accused of loading the victim’s household goods onto a moving truck and driving it from Evans, Georgia to Hickory, rather than to California as planned. The stolen goods were valued at more than $100,000. He was previously arrested by Hickory Police on fugitive warrants from Georgia on December 29, 2020 and February 10 of this year, as previously reported by WHKY.

Ussery was taken into custody without incident Tuesday at a hotel on Highway 70 S.W. in Hickory. Following his arrest, Ussery was processed at the Hickory Police Department and later released under a $10,000 unsecured bond. He was scheduled to appear in District Court Wednesday (March 10) in Newton with another court date coming up on March 31.

Two women were killed in a Burke County crash. According to the North Carolina State…