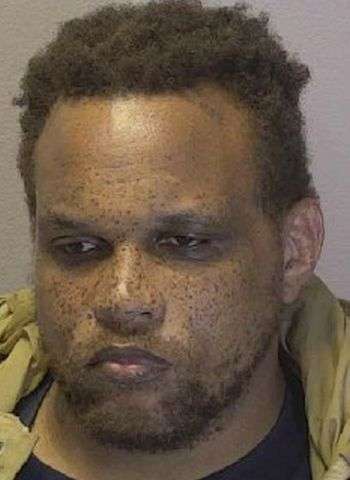 34-year-old Khalfani Sharron Coulter of Carpenters Cove Road in Claremont was arrested by Hickory Police at two o’clock yesterday afternoon (December 1) on one felony count each of trafficking in methamphetamine, possession of a schedule II controlled substance (cocaine), possession of a firearm by a felon, and maintaining a vehicle, dwelling, or place for a controlled substance. He was also charged with felony altering, destroying, or stealing evidence of criminal conduct and he was served with an outstanding warrant for a felony probation violation. In addition, Coulter was charged with misdemeanor counts of possession of marijuana up to half an ounce and resisting, delaying, or obstructing a public officer. The suspect had previously been arrested by Hickory Police on November 21 on trafficking and firearms charges, as reported by WHKY on November 23.

Coulter was taken into custody yesterday at the intersection of “F” Avenue S.E. and 15th Street S.E. in Hickory. He was placed in the Catawba Co. Detention Facility where he is being held without bond on the drug and firearms charges, with a $20,000 bond for the probation violation. The suspect was scheduled to make an appearance in District Court today in Newton with a Superior Court appearance on the probation violation coming up on December 7.

Coulter has a number of additional court appearances ahead, including Superior Court dates on December 7 & 10 on charges involving heroin and schedule II controlled substances and another Superior Court date on February 8 on felony counts of breaking & entering, larceny after breaking & entering, and possession of stolen goods. He’ll also appear in District Court on December 14 for trafficking in opium or heroin and possession of a firearm by a felon and on December 15 on heroin and marijuana charges.