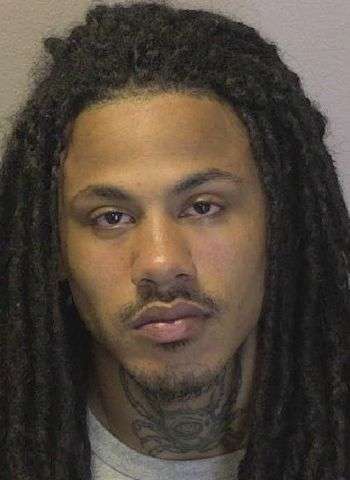 23-year-old Shane Tyrell Stenson of 26th Street S.W. in Hickory was arrested by Hickory Police at 11:20 Friday night (March 26) on warrants for two felony probation violations. The warrants were issued in Burke County the previous day.

Stenson is on probation as he serves a 24-month suspended sentence following a November 2019 conviction in Catawba County on multiple felony and misdemeanor counts of larceny of a motor vehicle, breaking & entering, larceny, injury to personal property, and possession of a firearm by a felon. He was also arrested by Hickory Police on February 1 of this year for assault with a deadly weapon with intent to kill inflicting serious injury, possession of a firearm by a felon, and probation violations, as reported by WHKY on February 3.

Stenson was taken into custody without incident Friday at an apartment on 1st Street S.W. in Hickory. He was jailed in the Catawba Co. Detention Facility with bond set at $40,000, secured. An appearance in Superior Court was scheduled for April 19 in Morganton.