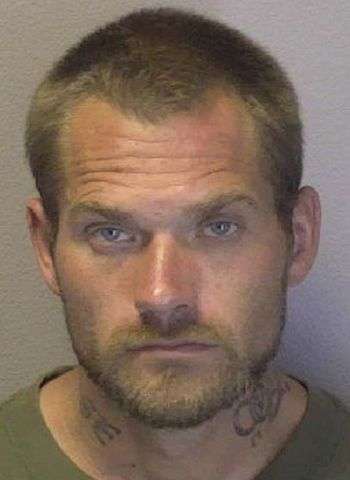 36-year-old Stephen Wayne Peyatt of Catawba Valley Boulevard S.E. in Hickory was arrested by Hickory Police at about 8:25 Tuesday morning (June 8) on one felony count of larceny of a motor vehicle. He was arrested in connection to a motorcycle that was stolen from an apartment complex on 10th Avenue N.E. in Hickory.

Peyatt was taken into custody without incident at a Hickory park on 8th Street Drive N.E.; however, according to H.P.D.’s arrest report, he initially refused to be fingerprinted or photographed. Peyatt was jailed in the Catawba County Detention Facility under a $12,000 secured bond. A first appearance in District Court was scheduled yesterday (June 9) in Newton with his next court date coming up on June 30.