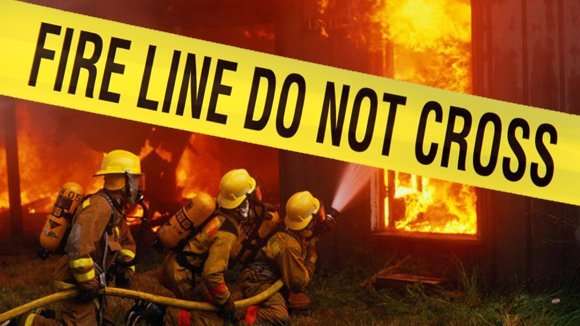 The Hickory Fire Department responded to a fire at a local business Friday afternoon (August 13).

At 2:17 p.m. Friday, Hickory firefighters were dispatched to an activated fire alarm at Shurtape Technologies at 1540 Main Avenue SE. The initial call brought one engine, one ladder, and one battalion chief. On arrival three minutes later, the first engine company reported smoke visible from the building and requested a full structure fire response, bringing an additional engine, a heavy rescue, and an additional battalion chief.

As firefighters investigated further, it was discovered that a fire had occurred in an oven system, spreading into the exhaust ductwork for the machine. Personnel from Shurtape’s Company Emergency Response Team were already at the scene and working to contain the fire. Due to the fire conditions as well as the extreme heat outdoors, a second alarm was requested bringing an additional engine, squad, and command staff.

The building was fully evacuated during the incident and no injuries were reported. Plant personnel did confirm that no hazardous chemicals were released or caused a concern during this incident. The fire was brought under control shortly after 3:00 p.m. Damage estimates were not immediately available.

Catawba County EMS also responded to the scene. The Mountain View Fire Department provided coverage to portions of the city while units were tied up on the incident.
All units cleared the scene at 4:04 p.m.