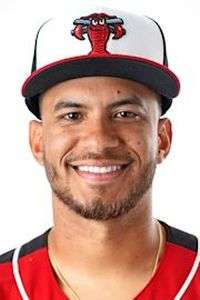 The Hickory Crawdads closed out their 30th anniversary season by racking up 16 strikeouts and 11 hits in their 4-2 loss to the Rome Braves.

Rome scored a run in the top of the second, but the Crawdads rallied to tie the game in the bottom half of the inning. Angel Aponte singled and stole second and third base. Chris Seise hit a grounder to second, allowing the run to score.

Rome retook the lead in the top of the third inning with three runs.

The Crawdads got a run back in the seventh inning. Konner Piotto doubled to left-center and was driven in on a single by Keyber Rodriguez.

The ‘Dads threatened in the ninth, getting the tying runs on board but were unable to bring any home.

On the mound for the Crawdads, Dane Acker got the start, tossing 2.1 innings and allowing four runs (three earned). Six of his seven outs came via strikeout. Michael Brewer finished out the third inning, striking out batters for both of his outs. Ryan Garcia, who had been scheduled to start last night, pitched five shoutout innings out of the bullpen. He allowed two hits and three walks while striking out six. Jesus Linarez handled the ninth, getting a flyout and two strikeouts.

The Crawdads finished the season with a 66-65 record, good for third-best in the South Atlantic League’s Southern Division.

The Crawdads will open the 2023 season at home on April 6th. Season tickets and ticket books are currently on sale for next season.