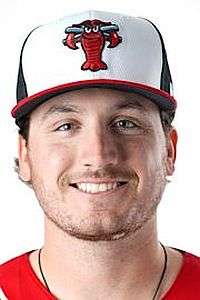 The Hickory Crawdads, playing for the final time this season as the Couch Potatoes, bounced back on Saturday night against the Wilmington Blue Rocks with a 6-5 win.

Wilmington got the first runs of the game, scoring three in the top of the second inning.

The Couch Potatoes rallied for a run in the bottom of the second inning to make it a 3-1 game. Trevor Hauver singled and moved up as Keyber Rodriguez walked. Frainyer Chavez drove a ball to left that brought Hauver in for the Taters’ first run.

The Blue Rocks pushed back in the top of the third to put the lead back to three runs.

Evan Carter got the deficit down to two with a solo homerun to right, his third homer in the past two games.

The Taters kept chipping away, scoring another run in the fourth. Miguel Aparicio singled to center and came around to score on a double by Rodriguez.

The momentum continued for the Spuds as Trevor Hauver hit a solo homer to right-center to even the score at 4. Rodriguez doubled to get on base for Chavez, who delivered a singled to center to give the Couch Potatoes a 5-4.

The Taters got an insurance run in the seventh. Evan Carter was hit by a pitch to start the rally. Thomas Saggese singled to send Carter to third. Hauver knocked in Carter with a sacrifice fly to left.

The Blue Rocks got a run in the eighth inning to make it a 6-5 game but the Couch Potatoes closed the door in the ninth.

Sunday afternoon the homestand will wrap up with a 3pm game. The Crawdads will be celebrating Conrad’s birthday along with some of his mascot friends. The first 100 kids 12 and under will receive a bat and ball set.