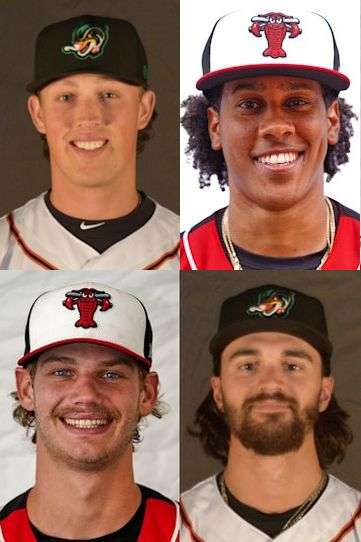 The Hickory Crawdads threw the team’s first no hitter since 2013 Saturday night on the road.

After breaking through with four runs in the 10th inning, the last of four Crawdads pitchers closed the door on a no-hitter in Hickory’s 4-0 victory against Bowling Green.

Larson Kindreich, Leury Tejada, Michael Brewer, and Theo McDowell contributed to the no-hitter. Kindriech started and struck out eight while walking one in six innings. Tejada pitched a perfect seventh inning and struck out one. Brewer had a perfect eighth inning while striking out two and throwing only 10 pitches. Finally, McDowell got the win with two innings pitched, allowing only one walk and two strikeouts.

The first scoring in the game wouldn’t happen until the top of the 10th inning. With the mandatory runner on second base to start the inning, the Crawdads would hit a double and three singles to score four runs. Trevor Hauver started the inning on second base and was brought home by Cristian Inoa’s double. Angel Aponte singled, scoring Inoa. He would then still second base. Frainyer Chavez flew out for the first out of the inning, but it allowed Aponte to move to third. Randy Florentino singled, scoring Aponte. Keyber Rodriguez ground out, but it advanced Florentino to second. Luisangel Acuna the singled to score Florentino for the final run of the inning.

Hickory snaps a four game losing streak and improves to 6-8 on the second half of the season, 44-36 overall on the season.