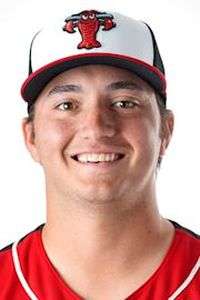 In a hard-fought game, the Hickory Crawdads came up just short, falling 6-5 to the Greenville Drive in the tenth inning. With Bowling Green’s win tonight, the Crawdads now sit a game and a half back of the division with four to play in the half.

Greenville got an early run in the first inning to pull ahead 1-0.

The ‘Dads offense got going in the fifth inning with three runs. Cody Freeman kicked things off as he reached on a fielding error. Angel Aponte singled to center to send Freeman to third. Aponte was able to take second on the play. Chris Seise tied the game with a sacrifice fly to center. Frainyer Chavez and Thomas Saggese drew walks to load the bases for Keyber Rodriguez, who delivered a two-run base hit.

Crawdads starting pitcher Owen White wrapped up his outing after the sixth inning. He held the Drive to just one run and struck out nine batters. He allowed seven hits and walked one.

In the bottom of the sixth, the Crawdads padded their lead with another run. Trevor Hauver walked and advanced to second on a ground out by Aaron Zavala. A wild pitch moved Hauver to third and a single by Chris Seise scored him.

Greenville evened the score in the eighth inning, scoring three. Tyree Thompson was charged with two earned runs and an unearned run.

The game remained tied at four going into the ninth. With one out, the game was briefly delayed after a scary infield collision between Luisangel Acuña and Saggese as Acuña dove for a ball in the gap and collided with Saggese’s leg. Both remained in the game.

The Crawdads gained momentum in the bottom of the ninth as a limping Saggese doubled off the center field wall to lead off the inning. Jayce Easley replaced Saggese at second as he exited to chants of “Tommy” from his teammates. Keyber Rodriguez grounded out to advance Easley to third. Acuña hit a grounder to third as Easley dashed home and was called out on a close play at the plate.

The Drive scored two runs in the tenth to take a 6-4 lead.

The Crawdads fought back in the bottom half of the inning for a run but were unable to extend the game. Hauver, who began the inning on second, per MiLB’s extra innings rule, moved up to third on a ground out by Freeman. Zavala drew a walk to put runners on the corners. Angel Aponte hit a ground ball to third that scored Hauver and sent Zavala to second. Aponte was called out at first, a call that sent the crowd into a frenzy. A strikeout wrapped up the game.