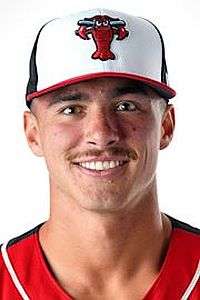 Aaron Zavala had one of the five total Crawdads hits and was walked once as well.
photo courtesy of milb.com

Hickory opened the game with a 1-0 lead after the first inning. On the first pitch of the game, Aaron Zavala launched a home run to right center field. He would hit another solo home run, a shot to right field to lead off the sixth inning.

In the eighth inning with two out, Evan Carter doubled. Thomas Saggese would drive him home with a soft fly ball out into right field. Saggese ended up on second but would get stranded.

Hickory is 5-5 on the second half of the season, 43-33 overall. The Crawdads are off on Tuesday and will resume the series on the road at Bowling Green on Wednesday.