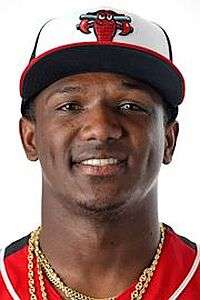 The Hickory Crawdads defeated the Greenville Drive, 6-3 on the road Wednesday night in 10 innings.

Hickory struck frist in the first inning. Jayce Easley started the game off with a single to left field. He would reach second when Evan Carter got on base due to a fielding error by the shortstop. Easley then stole third base and would score a batter later on a Cody Freeman sacrifice.

Greenville responded with a run in the home half of the first, but Hickory scored again in the third inning. Luisangel Acuna homered to right field, his second of the season, giving the Crawdads a 2-1 lead.

Greenville would score a run in the fourth to tie the game, and would take the lead in the seventh. In the ninth inning, Hickory tied the game back up. Trevor Hauver started the inning getting walked. Angel Aponte then replaced him as a pinch-runner. One out later, Chris Seise singled, moving Aponte to second. A wild pitch moved Aponte to third, where he would then score on a single by Keyber Rodriguez. Hickory pitching would allow a double in the home half of the ninth, but nothing more, forcing the game into extra innings.

In the 10th inning, Easley started on second base. Evan Carter then took the first pitch he saw over the right center field wall for his fourth home run of the season. Acuna would then single and stole second base. Freeman would hit a groundout for the first out of the inning, but it would advance Acuna to third. Aponte, now in the lineup for Hauver, would hit a sacrifice fly to center field, allowing Acuna to score. Marc Church came in for the Crawdads, striking out the first two batters before allowing a walk. He would then induce a forceout to end the game.

Acuna went three-for-five batting with two runs scored and an RBI. Christian Inoa and Seise each had two hits. Easley would score twice.

The Crawdads are 18-16 on the season. They continue their series with Greenville through Sunday. Hickory will return home Tuesday to face the Winston-Salem Dash.

After clinching the series yesterday with a pair of wins, the App State softball team…

Eli Ellington and Caleb Cross combined to allow just one hit Saturday afternoon, as the…