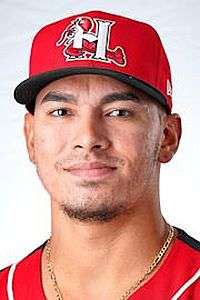 The Hickory Crawdads took their second game of the series against the Winston-Salem Dash on Wednesday night, winning 8-1.

The ‘Dads started the scoring in the second as they took a 1-0 lead. Frainyer Chavez singled to drive in Cristian Inoa, who had reached on a leadoff double.

In the third, the Crawdads picked up a second run. Chris Seise singled and stole base to get into scoring position. Evan Carter picked up a base hit to right, sending in Seise.

The Crawdads padded onto their lead with four runs in the bottom of the fifth. Seise hit a solo homerun to right for the first run. Easley doubled and was brought around on a bloop to left-center by Carter.

The bats put together another rally in the seventh to bring it to 8-0. Osuna started the inning with a groundball single, Thomas Saggese drew a walk, and Inoa singled to load the bases. Chavez hit a fly ball to deep center, allowing Osuna to tag up and score. Saggese scored on a groundout by Freeman.

A homer by the Dash’s leadoff hitter in the eighth cost the ‘Dads the shutout, but the bullpen retired the next six hitters to end the game.

Robby Ahlstrom started the game for the Crawdads. He tossed five scoreless innings, giving up three hits and walking three. He struck out seven.

The series will continue Thursday night with the College Football Kickoff and Thirsty Thursday.