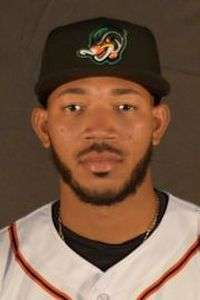 The Hickory Crawdads defeated the Aberdeen IronBirds 9-2 Friday night on the road. A pair of three run innings helped propel the ‘Dads to the win.

In the third inning, with the bases loaded, Hickory scored their first run of the game when Liam Hicks was walked. Chris Seise then hit a single, allowing another run to score. A balk was called while Cody Freeman was batting, advancing each runner a base, and Hicks came in to score.

Aberdeen countered with a single run in the third and fourth. In the sixth inning, Seise scored on an Angel Aponte RBI as Hickory led 4-2. Hickory added to their lead in the seventh inning when Hicks hit an RBI single allowing Keyber Rodriguez and Griffin Cheney to score.

Hickory would put the game away in the eighth inning with two more runs, winning 9-2.

Cheney, a ninth round pick in this years draft by the Texas Rangers, had a hit, was walked twice and scored three runs. Yenci Pena went two-for-four batting with a run scored and two RBI.

Hickory is 26-32 on the second half of the season, 64-60 overall. The Crawdads wrap up the series with Aberdeen this weekend before returning home to end the season with a six-game series against the Rome Braves.