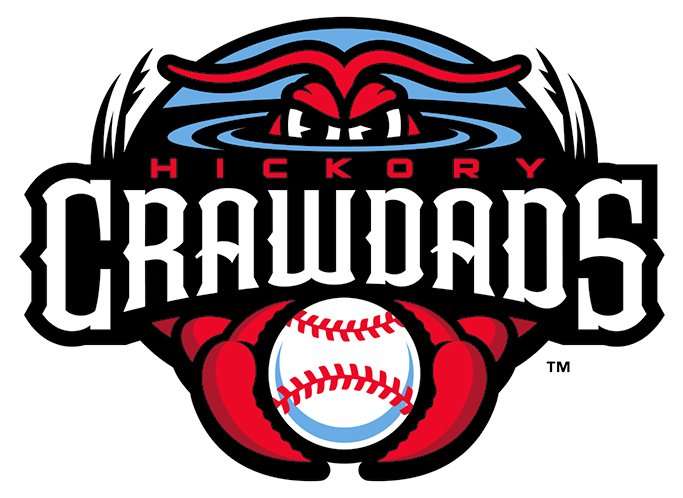 The Texas Rangers announced the 2023 Crawdads coaching staff on Wednesday afternoon. Chad Comer will take over as the Crawdads’ manager, becoming the 20th in franchise history.

Comer is back for his third stint with the Crawdads. He served as the ‘Dads infield coach for the 2015 championship season and returned to be the team’s hitting coach in 2021. From 2016-18, he was a hitting coach for the Rangers’ Dominican Summer League before heading to their complex in Arizona to occupy a similar role. He then left the organization to serve as an assistant coach with University of Texas at Arlington in August 2019. He was a developmental coach for the Double-A Frisco RoughRiders last year. Comer, a catcher, was drafted by the Braves in 2011 and played two seasons in their system.

Goebel will serve as the Crawdads’ Pitching Coach, his second year in the role. Last year, he oversaw a ‘Dads staff that threw two no-hitters and had three South Atlantic Pitchers of the Week and a Pitcher of the Month. Prior to joining the Rangers’ organization, Goebel spent three seasons managing the baseball program at Parkland College and four seasons as their pitching coach. As a head coach, he helped 25 players get drafted or go to a 4-year university. During his time as a pitching coach, his staff led the nation in strikeouts for three years and earned run average and batting average against in two seasons. He also sent 21 pitchers to the draft or a Division I program as a pitching coach.

Sannes joined the Texas organization in 2022 to be a developmental coach for the Arizona League Rangers, his first professional coaching assignment. He came to the Rangers after serving as the head coach at North Iowa Area Community College in 2021. He originally joined that program as an assistant coach in 2019 and was promoted to interim head coach at age 24 in 2020 before his interim tag was removed for 2021. Sannes played two years of baseball as an infielder at the University of North Dakota (2015-16) and Concordia University, St. Paul (2018-19), transferring from North Dakota after the school’s baseball program was cut.

Sullenger enters his fourth season with the Texas organization and second as a coach for the Crawdads. He was originally slated to serve as a coach for the ‘Dads in 2020 but with the season’s cancellation he coached in the Fall Developmental League. In 2021, he managed the Arizona Rangers before joining the Hickory staff for the 2022 season. Prior to joining the organization, he headed up the Biola University (a NCAA Division II school in La Mirada, CA) baseball program for six seasons. He attended Liberty University, reaching the NCAA regional finals three times as a member of their baseball team. Following college, he spent a year with the Tampa Bay Rays working with their facility and event management department. He then joined the coaching staff at James Madison University, spending eleven seasons in various coaching roles.

Jacobs will be another familiar face in Hickory after playing for the team in 2018. The 2023 season will be Jacobs’ third as a coach for the organization. He was a member of the coaching staff for the Rookie-level Arizona League Rangers and the Fall Instructional League staffs in 2021 and made his full-season coaching debut last year as a developmental coach for the Class-A Down East Wood Ducks. He also spent one season as an assistant coach at George Washington University (2020-21) and another as a graduate assistant coach at his alma mater, Gonzaga University (2019-20). He got his first coaching experience during the 2018-19 college baseball season as an assistant at Spokane (Wash.) Falls Community College.

Decker enters his sixth season with the Rangers and his second in Hickory. He was the Athletic Trainer for Down East in 2021. In 2020, Decker worked with the medical staff at the Alternate Training Site in Arlington after he had been slated to return as the Arizona League Rangers athletic trainer. While working with the Rookie Rangers in 2019, he was named the circuit’s Athletic Trainer of the Year by the Professional Baseball Athletic Trainers Society (PBATS). Decker began his tenure with the organization in 2018 as an athletic trainer for the Dominican Summer League Rangers.

Cardenas will return stateside after spending the 2022 season as the Strength & Conditioning Coach for the Dominican Summer League Rangers. He first joined the organization in 2021. Prior to joining the Rangers, he spent one year as the assistant strength and speed coach at D1 Sports Training in Allen, Texas. Cardenas played baseball at California State University, Chico, earning a bachelor’s degree in movement studies and a master’s degree in biomechanics.

The Crawdads will open their season on Thursday, April 6th.