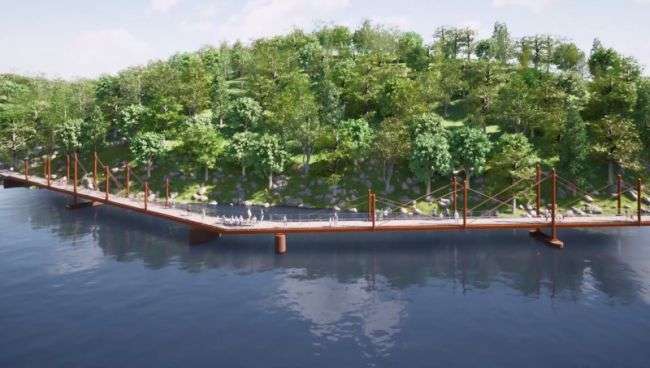 City staff then worked with project partners Freese and Nichols, Design Workshop, and renowned architect Miguel Rosales to redesign the overwater bridge and other components to restore the project to within budget. A new 3D animated rendering of the redesigned overwater bridge has been added to the Riverwalk webpage, www.hickorync.gov/riverwalk-information.

The contract with W.C. English, Inc. for the Riverwalk NCDOT portion includes construction of an entrance from Old Lenoir Road, parking and access to the trail system, as well as an elevated walkway over Lake Hickory that interacts with existing City of Hickory amenities. Lighting on the bridge, retaining walls, and all necessary drainage piping are also included in this project. 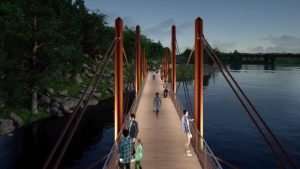 Construction of the on land portion of the Riverwalk, which consists of the overland elevated trail, started on January 10 and is well underway with contractor David E. Looper & Company. This portion of the project is slated for completion by early 2021.

Contingent upon NCDOT approval of the bid and contract, W.C. English, Inc. will begin construction meetings with City staff and aims for construction to begin late 2020/early 2021. The goal is for the entire Riverwalk to be completed by December 2021.

For more information about the Riverwalk, other major City projects, and construction updates, visit www.CraftingHickory.com.