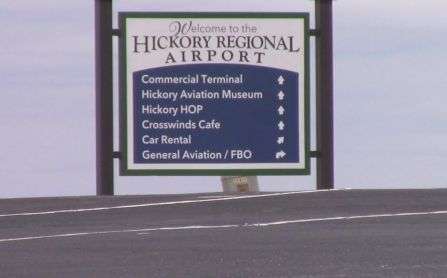 During its February meeting, the N.C. Board of Transportation approved state and federal grants for safety and airfield improvement projects at ten North Carolina airports. A local airport is among those to receive funding.

More than $9.5 million in state funding has been awarded for various projects that help the airports increase capacity, attract new jobs and businesses to their communities, and improve safety for pilots and passengers.

$720,000 in state funds were allocated to complete design and environmental work for the repair of the parallel taxiway at Hickory Regional Airport. Hickory’s airport received the third-highest of the ten grants and is the only recipient located in western North Carolina.

North Carolina’s 72 public airports serve as vital economic engines connecting people and business enterprises with the world. Airports and aviation-related industries contribute more than $61 billion to North Carolina’s economy each year, according to the 2021 State of Aviation report. They support 373,000 jobs, generate more than $2.5 billion in state and local tax revenue, and provide more than $15 billion in personal income.

The funds awarded will be distributed by NCDOT’s Division of Aviation, and do not necessarily represent the total cost of the project.