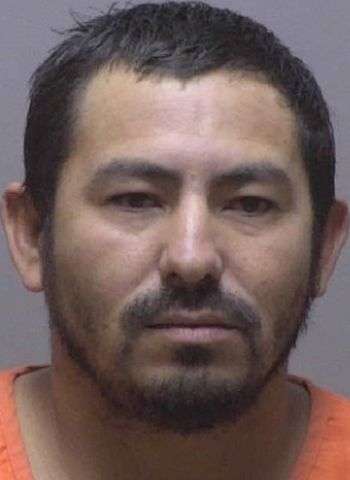 34-year-old Marvin Omar Arevalo-Acosta of Charlotte was arrested Monday (October 12) by Lincoln County Sheriff’s Officers. He’s charged with two felony counts of trafficking in opium or heroin and one felony count of possession with intent to manufacture, sell, and deliver schedule I controlled substance.

Narcotics officers received a tip about drugs in a vehicle and conducted a traffic stop in the 2100 block of Gastonia Highway. During a search of the vehicle, investigators reportedly found and seized 68 grams of heroin with a street value of $6,000.

After the drugs were found, Arevalo-Acosta was taken before a Lincoln County magistrate then placed in the Harven A. Crouse Detention Center under a $125,000 secured bond. He remained in jail as of earlier today (October 14). A District Court appearance is scheduled for October 26.

Anyone with information concerning drug related activity is urged to call the Drug Tip line at 704-736-8606 or Lincolnton/Lincoln County Crime Stoppers at 704-736-8909. All tips are investigated and callers can remain anonymous.