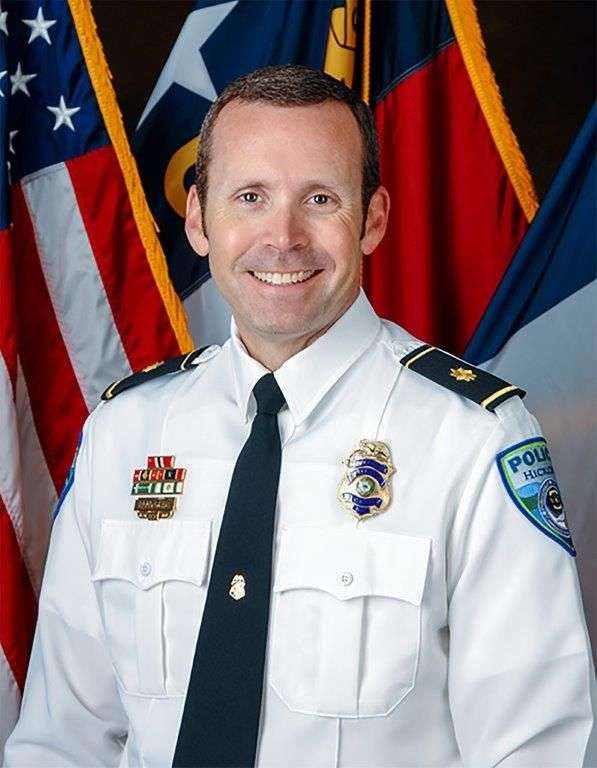 Hickory Police Department Major Reed Baer will serve as Hickory’s next Chief of Police after 25 years with the department. The move follows the announcement that current Police Chief Thurman Whisnant will retire. Major Baer’s promotion will become effective February 1, 2023.

Major Baer, a Hickory native, is a graduate of East Carolina University where he earned a Bachelor of Science in Sociology/Criminology. He is also a graduate of the F.B.I. National Academy in Quantico, Virginia, and holds numerous certificates and licenses. In addition, he has completed hundreds of hours of job-related training during his tenure with H.P.D.

In addition to his responsibilities with H.P.D., Major Baer currently serves as the Chair of the Catawba County Social Services Board and is a part of the Hickory Racial Justice & Reconciliation Group. He is also a mentor for the Council on Adolescents of Catawba County’s graduation coach program. In the past, Major Baer has served as chair and board member for the Council on Adolescents and mentor in their lunch buddy program.