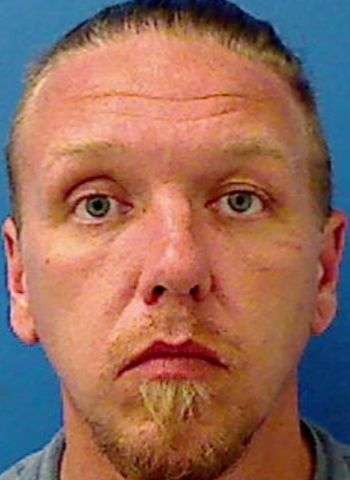 A Conover man will spend the rest of his life in prison after a Catawba County jury found him guilty of first-degree murder on Friday, (March 18) to conclude a week-long trial.

The Honorable J. Thomas Davis, Superior Court Judge from Rutherford County, imposed a life sentence without parole for Putnam following the jury’s verdict on the first-degree murder charge that came after less than five hours of deliberations.

Judge Davis also gave Putnam two sentences of approximately 20 to 25 years each for the attempted murder and assault charges. Each of those terms will be served consecutively to the life sentence.

Evidence showed that Putnam went to the Killians’ residence with a revolver in his possession at approximately 10 p.m. on July 24, 2018, and knocked on the door of their mobile home. Roxanne Killian answered, and when Anthony came to the door, Putnam shot him in the left cheek with that revolver.

As he stumbled through the home, Anthony Killian was shot four more times by Putnam who also shot Roxanne Killian in the arm and hit her in the face with the revolver. Anthony Killian collapsed into his father’s arms and slumped to the floor.

He then left the residence, threw the revolver into a wooded area, changed clothes from a bag that had been packed and hid until the following morning when he was arrested. The autopsy report showed that Anthony Killian died from gunshot wounds to the head, arm, chest and back.

Putnam alleged that Anthony Killian had sexually assaulted one of his daughters, and he went to confront him about it, though there had been no definitive evidence to show that to be the case.

He testified that he found the gun used in the shooting under his porch the same day of the shooting and that he walked more than a mile through a dark wooded area to reach the Killian residence.

Putnam admitted on the stand that he pointed the gun and pulled the trigger to shoot Anthony Killian but later said he did so accidentally, claiming the victim reached for the gun while it was tucked in the waistband of his pants. He said he did not remember shooting or hitting Roxanne Killian nor did he recall pointing the gun at Donald Killian.

In closing remarks to the jury, The defense pointed to that allegation along with the fact that the defendant had been drinking, was not taking his prescribed medication and was coping with his own personal experiences from many years ago. The defense argued that the defendant may have been guilty of voluntary manslaughter but not first-degree murder or attempted murder.

Chief Assistant District Attorney Lance Sigmon focused on the accountability of the defendant and his exhibition of vigilante justice, noting that two weeks prior to the fatal shooting that Putnam had told Jaclyn Flowe of the Catawba County Department of Social Services that he wanted to “hurt Anthony.” He also observed that Anthony Killian’s parents, Donald and Roxanne, were completely innocent in the events that unfolded that night.

An officer-involved shooting is under investigation in Burke County. Just after 11:20 last night (April…