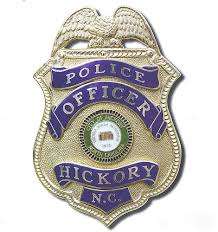 30-year-old Kimberly Arlene Hall of Hurricane Hill Road in Granite Falls was arrested by Hickory Police at about 9:15 Saturday night (November 21) for felony possession of a schedule I controlled substance and misdemeanor possession of drug paraphernalia.

Hall was arrested after Officers conducted a traffic stop at a business on Highway 321 N.W. During the stop, Police reportedly found 0.19 grams of heroin, 0.4 grams of marijuana, and drug paraphernalia.

Hall was taken into custody without incident. She was processed at the Hickory Police Department and then released after posting a $5,000 secured bond. A first appearance in District Court was scheduled today (November 23) in Newton.

Woman Charged With Abduction Of Children