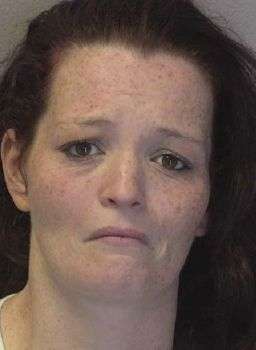 30-year-old Kimberly Arlene Hall of Berry Creek Circle in Granite Falls was arrested by Hickory Police at about seven o’clock last Thursday evening (September 24) on felony warrants out of Burke County. She was charged with two felony counts each of obtaining property by false pretenses and uttering a forged instrument.

Hall was taken into custody without incident at a retail store on 13th Avenue Drive S.E. in Hickory. She was processed at the Hickory Police Department and then released under a $10,000 unsecured bond. An appearance in Superior Court was set for November 16 in Morganton.