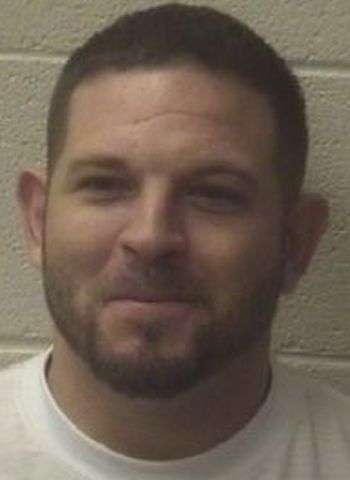 39-year old Bradley Thomas Sain of Granite Falls was arrested last night (January 5) following a chase involving Taylorsville Police and Alexander County Sheriff’s Officers. He was charged with felony counts of larceny of a motor vehicle and possession of a stolen motor vehicle. Sain also faces charges for fleeing to elude arrest with a motor vehicle, reckless driving to endanger, failure to stop at a red light, driving left of center, and unsafe passing into oncoming traffic

Just after 7 p.m. Wednesday, a call came in regarding a pickup truck that was stolen from a location on Summit Road, west of Taylorsville. Taylorsville Police spotted the truck near the intersection of Alspaugh Dam Road and Church Road. The Officer activated his vehicle’s blue lights and siren, but the driver did not stop. Additional Taylorsville Police Officers and Sheriff’s Deputies responded as the chase continued onto N.C. Highway 16 South.

Police say the driver sped across Oxford Dam Bridge into Catawba County and turned into River Bend Park, crashing through a locked gate. The driver traveled through the parking lot, onto walking trails, and an abandoned logging road before crashing the truck into a tree.

The driver, Bradley Thomas Sain, reportedly refused to exit the stolen pickup. He was forcibly removed by a Taylorsville Police Officer and taken into custody. The suspect told Officers he had swallowed heroin during the chase. Alexander E.M.S. responded and took Sain to an area hospital. He was cleared and released from the hospital.

Sain was then placed in the Alexander County Detention Center under a $50,000 secured bond. No court dates are currently listed. Additional charges are possible.

[Rick Gilbert of WACB contributed to this story.]
Related Posts

39-year-old Peng Vang of Hickory, was given an active prison term of six to eight…