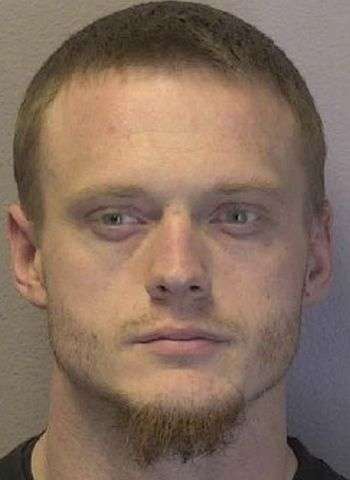 25-year-old John Wayne Doster, Jr. of Clayton Court in Granite Falls was arrested by Hickory Police early last Friday morning (April 2) on outstanding felony and misdemeanor warrants. He was also charged with two felony probation violations. The warrants are for felony possession of a firearm by a felon, larceny of a motor vehicle, and failure to appear on misdemeanor traffic violations.

Doster is on probation as he serves a 30-month suspended sentence in Cleveland County following a July 2019 conviction for felony discharging a weapon into occupied property and a December 2019 felony conviction in Lincoln County for possession of a schedule II controlled substance.

Doster was taken into custody without incident at 12:40 a.m. Friday at a hotel on 13th Avenue Drive N.W. in Hickory. He was placed in the Catawba Co. Detention Facility with bond set at $34,000, secured. He has since been released. Doster will appear in District Court on April 12 in Newton on the stolen vehicle charge and in Superior Court on April 27 in Lincolnton on the firearms charge. He also has an April 26 District Court date in Gastonia on the traffic violations.