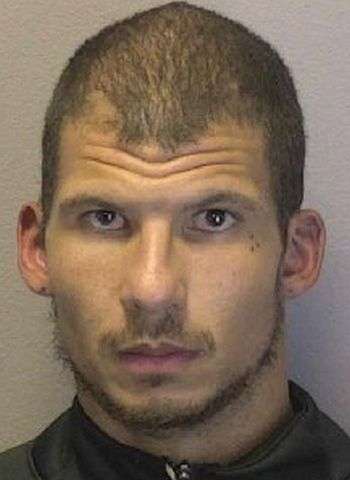 29-year-old Joshua Colby Stamey of Dry Ponds Road in Granite Falls was arrested by Hickory Police at about 9:35 last night (October 15) for felony and misdemeanor probation violations. Stamey is on probation as he serves an 18-month suspended sentence following a November 2019 conviction in Caldwell County for possession of stolen goods.

Stamey was taken into custody without incident yesterday at a fast-food restaurant on Highway 321 N.W. in Hickory. He was taken to the Catawba Co. Detention Facility under a $10,000 secured bond. As of this morning, he was no longer listed as an inmate in Catawba County. An appearance in District Court was scheduled for November 2 in Newton.

Man Arrested After Being Found Hiding In Ceiling Of Convenience Store