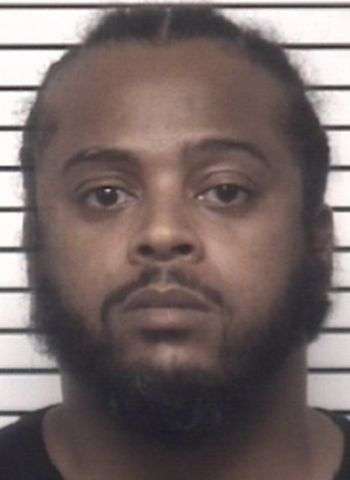 Olley was arrested Monday (November 21) when Officers stopped a passenger vehicle with Georgia tags on Interstate 77 south near mile-marker 59. As Deputies approached the vehicle, they noticed the strong odor of marijuana. The driver, Joseph Jamar Olley, admitted to having marijuana in the vehicle.

The vehicle was searched, leading to the discovery of two handguns in the spare tire area. Olley told Deputies he was traveling from Syracuse, New York to Atlanta and had purchased the stolen handguns along the way. The guns were a Taurus 9mm that was reported stolen out of Cherokee County, Georgia and a Kel-Tec 22 equipped with a silencer that was reported stolen from a U.P.S. shipping facility. That theft is currently the subject of an investigation conducted by the Bureau of Alcohol, Tobacco, Firearms, & Explosives. 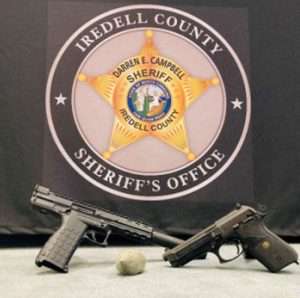 Following his arrest, Olley was jailed in the Iredell County Detention Center under a $500,000 secured bond. He’ll appear in District Court on December 13.

Olley’s criminal history includes felony charges for aggravated assault (two counts), robbery (four counts), aggravated assault with a deadly weapon, possession of a firearm or knife during the commission of or the attempt to commit certain felonies (two counts), first-degree forgery, second-degree forgery, and possession of a firearm by a convicted felon (two counts). His record also includes misdemeanor counts of willful obstruction of law enforcement and giving a false name, address, or birth date to law enforcement.