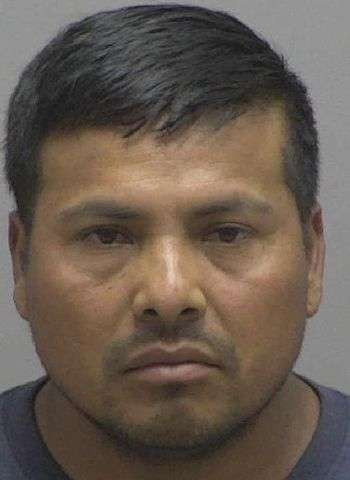 37-year-old Edgar Jonathan Hernandez Sanchez of North Poplar Street in Gastonia has been arrested by Lincoln County Sheriff’s Officers on charges of statutory sex offense, two counts of indecent liberties with a child, and one count each of sexual activity by a substitute parent, crimes against nature, statutory rape of a child less than 15 years old, sex offense with a child under 15, and felony child abuse with a sexual act. The alleged offenses date back to 2014.

Sanchez was arrested after Detectives investigated incidents involving two victims who were known to the suspect. One victim, who is now an adult, was interviewed by Detectives, while the second victim, who is a juvenile, was interviewed at the Lincoln County Child Advocacy Center. During the interviews both victims stated that the incidents occurred in 2014 and between 2017-2019.

With assistance from Huntersville Police, Sanchez was taken into custody without incident. He was placed in the Harven A. Crouse Detention Center under a $500,000 secured bond. A first appearance in Lincoln County District Court was scheduled today (July 14).