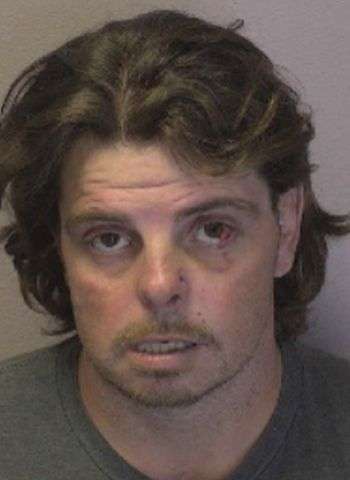 37-year-old Richard Scott Hunsucker, Jr. of Willow Street in Gastonia was arrested by Hickory Police early Sunday morning (March 6) on misdemeanor counts of possession of a schedule VI controlled substance and maintaining a vehicle, dwelling, or place for a controlled substance. He was arrested again Tuesday morning (March 8) on five felony counts of failure to appear and one misdemeanor count of failure to appear.

Hunsucker was initially taken into custody without incident at about 4 a.m. Sunday at an arcade business on Highway 70 S.W. He was jailed in the Catawba County Detention Facility under a $5,000 secured bond with a first appearance in court scheduled this past Monday (March 7) in Newton. According to Hickory Police, he is accused of introducing a controlled substance into a jail facility. Hunsucker was arrested the second time when he turned himself in at the Hickory Police Department at about 11:35 Tuesday morning. He was later released to a bondsman under a $55,000 secured bond. A first appearance on the failure to appear charges was scheduled yesterday (March 9) in Newton.

32-year-old Michael Leon Travis of Claremont has been charged with driving while license revoked, a…