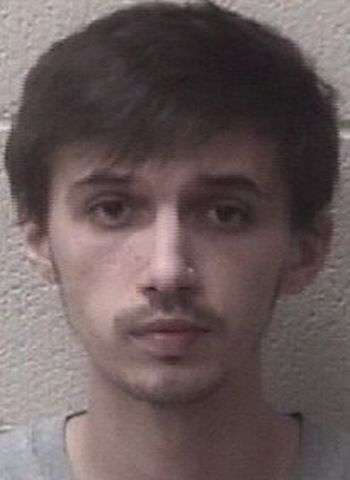 A Rowan County man is facing charges related to a shooting incident that occurred in October in the Wittenburg Community of Alexander County. 20-year old Mathew Hunter Clark of Spencer is charged with felony possession with intent to manufacture, sell, and deliver marijuana and failure to appear on a count of assault by pointing a gun.

According to the Alexander County Sheriff’s Office, Clark was a passenger in a vehicle that was struck with gunfire on October 7 at a location off Fox Hollow Court. Clark suffered a non life-threatening gunshot wound in the incident. He was later charged with assault by pointing a gun.

The suspects previously charged in this case, which was reported on WHKY, were all Taylorsville residents. They are 20-year old Carl Anthony Montgomery and 20-year old Dakota Lee Norton who both face felony drug and assault charges. 29-year old Christopher Lashone Fox faces felony drug counts.

Clark was placed in the Alexander County Detention Center under $7,000 secured bond. He remained in jail as of earlier today (November 18). District Court appearances are scheduled for November 23 and December 14.

45-year-old Jeremy Jason Herron of Mauldin, S.C. has been served a felony warrant as fugitive…