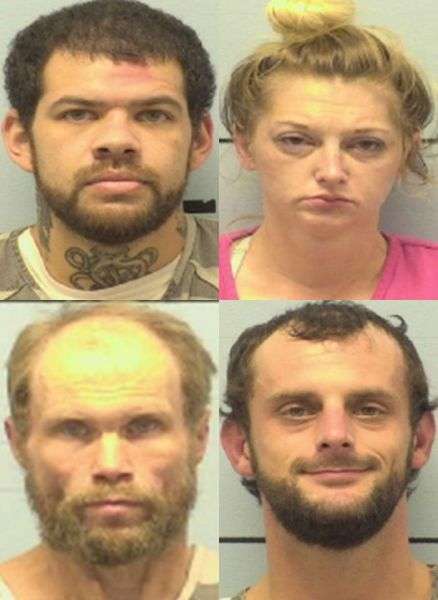 27-year-old Chad Michael Sampson of Rogers Road in Hickory, 28-year-old Autumn Marie Burhans of Jacobs Lane in Morganton, 40-year-old Terry Joseph Brown, who is listed as a homeless person from Morganton, and 30-year-old Michael Edward Monn of Foresthaven Road in Morganton were all arrested by Burke County Sheriff’s Officers.

According to a news release issued Tuesday (November 15) by the Burke County Sheriff’s Office, in mid-September 2022, the office received multiple reports in the Salem Community involving various criminal activities involving vehicle break-ins and the theft of firearms and other items. the investigation resulted in the recovery of stolen property being returned along with the arrests of the suspects.