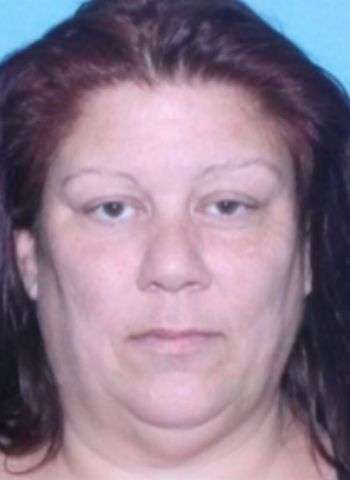 53-year-old Tammy Ann Domenick, formerly from Buckingham Court in Troutman, has been arrested in Arizona on felony charges out of Iredell County. She has been charged with six counts of felony obtaining property by false pretenses.

Events leading to her arrest began in July of last year when the Sheriff’s Office received a report from an individual who claimed she had been scammed out of money that was intended to be a charitable donation. The alleged scam took place in Mooresville from January 2022 through August 2022.

The victim’s mother told Deputies she met Tammy Ann Domenick online and formed what she believed to be a friendship. She said Tammy Domenick presented herself as a marketing professional from the New York metro area with high-level marketing and social media skills. The victim’s mother said her young daughter had a life-threatening terminal illness. Domenick offered to start up a fundraising campaign for her.

The plan was to host a major event called “LKN Fest,” including a social media presence, news media, and marketing to attract sponsors and donors to help raise money. The beginnings of the plan called for “Sip n’ Shop” events throughout the Mooresville area to promote the event.

Detectives interviewed the victim’s mother and numerous other vendors and sponsors who had signed up to assist with the event. Those individuals and businesses all donated money, jewelry, clothes, photo booths, health products, and food.

Detectives obtained financial statements and bank receipts from the vendors. All the vendors and the victim’s mother said the smaller events were a failure and “LKN Fest” never manifested into what Domenick stated.

Detectives learned that each vendor had a promissory contract from Tammy Domenick stating that “LKN Fest” would be sold out as the result of advertisements on the news, social media, and billboards. The vendors said none of that ever occurred. None of the vendors saw any financial return on their investment and the victim’s family did not receive donations from Domenick, as promised. At this time, the total amount of money unaccounted for is just over $29,000.

Detectives attempted to contact Tammy Domenick, who said she was no longer in North Carolina and was currently in California. Domenick also shut down all of her business’ social media pages. Detectives learned Domenick was in Arizona where she started a new company that directly mirrored the one she was operating in North Carolina.

Based on evidence gathered throughout the investigation, charges against Domenick were filed and she was entered as a wanted person. Detectives contacted law enforcement in Mesa, Arizona, and made them aware of the warrants. Detectives applied for and were granted full extradition. Authorities in Arizona were able to locate and arrest Domenick, who remains in custody in Arizona where she is fighting extradition back to North Carolina.