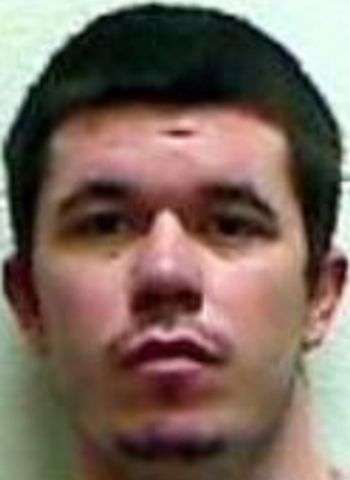 A former Burke County resident was sentenced to a lengthy prison sentence in a McDowell County drug trafficking case. According to information released Monday (September 20) by the McDowell County Sheriff’s Office, 32-year-old Wesley Clayton Rhom, Jr. of Marion, was recently convicted by a jury of two counts apiece of trafficking in opium or heroin and trafficking in methamphetamine. Rhom was sentenced to 450 to 564 months or 37-and-a-half years to 47 years in prison.

On March 5, 2020, Detectives with the McDowell County Drug Enforcement were conducting surveillance on U.S. 70 East and Harmony Grove Road in Nebo as part of their ongoing investigation into reported illegal drug distribution activities. A vehicle stop was conducted on a motorcycle driven by Rhom on Roland’s Chapel Road for a traffic violation.

At the time of the vehicle stop, Rhom led detectives on a short foot chase, until being apprehended by detectives. A search resulted in the discovery of 137 grams of heroin and 99 grams of methamphetamine. This case was investigated by the North Carolina S.B.I., the McDowell County Sheriffs’ Office, the Marion Police Department, and the District Attorney’s Office.

Rhom, who previously lived in Morganton, has been convicted of crimes multiple times in the past including convictions in Burke County in 2010, 2015, and 2016. The previous charges include assault with a deadly weapon inflicting serious injury, assault by pointing a gun, possession of a firearm by a felon, larceny, and breaking and entering to a vehicle.