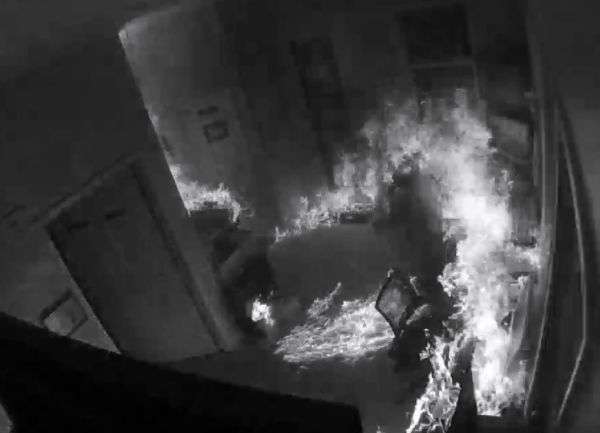 The Catawba Co. Sheriff’s Office says Jonathon Belk is no longer considered a person of interest in connection to an arson case involving a fire at the Lake Norman R.V. Resort. Mr. Belk contacted the Sheriff’s Office and interacted with Investigators after he learned from media reports that he was being sought for questioning. Mr. Belk is a former employee at the R.V. resort.

The arson occurred on Saturday, November 1 at the business on Highway 150 East in Sherrills Ford. A suspect is seen on video surveillance dousing the office with an accelerant and setting it on fire.

Anyone with information concerning the case should call the Catawba Co. Sheriff’s Office at 828-464-3112.