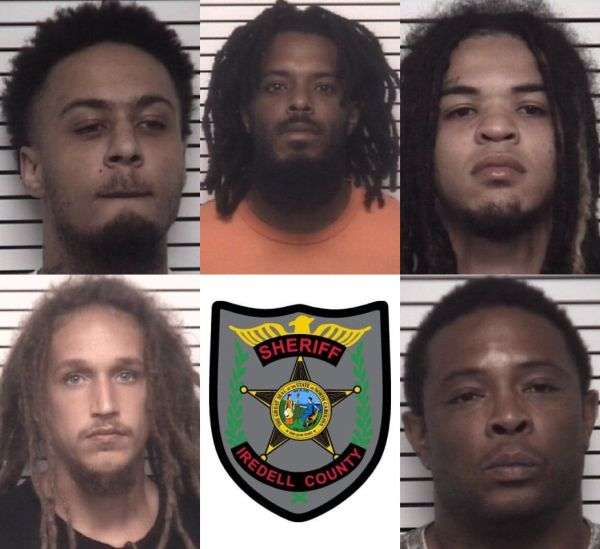 On Wednesday, September 14, Iredell County Sheriff’s Officers conducted a traffic stop on a Dodge Durango at the intersection of Lewis Ferry Road and Three Oaks Lane. The deputies were able to identify five men in the vehicle. During the investigation deputies, developed reasons to search the vehicle.

The search resulted in the discovery of two firearms, and more than 74 Grams of marijuana which was in individually packaged bundles consistent with the sale of the drug. The deputies also found three of the men were in possession of a large amount of cash in denominations which can also be associated with narcotic sales.

While gathering criminal information on the men through criminal databases, three occupants, including the driver, are convicted felons and are not supposed to be in possession of firearms. All of the suspects were arrested and taken to the Iredell County Detention Center.