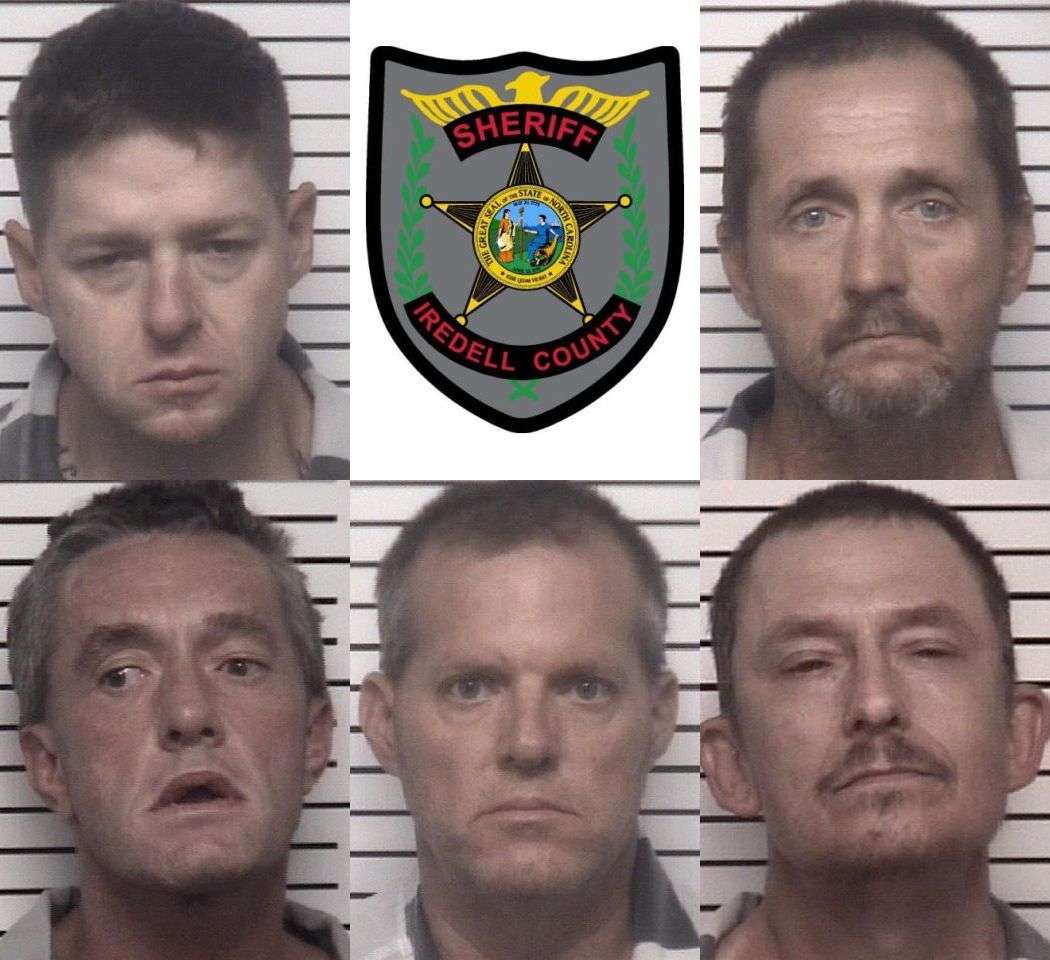 Due to the number of individuals with extensive criminal histories known to live and stay at the residence, extra caution was used when serving the search warrant. A total of eight people were on the property when the search was conducted. All were secured without incident. The search turned up crystal methamphetamine, Suboxone, Xanax, Soma, and other unidentified pills, along with drug paraphernalia.

According to the Sheriff’s Office, the residence is located within 1,000 feet of a local church and was described as “a constant nuisance to area community members.” The investigation is ongoing. Additional arrests are expected.

The suspects were taken to the Iredell County Detention Center. Brown’s bond was set at $25,000, secured. Caudill and Renegar were each given a $10,000 secured bond. Dulin was given a $2,500 secured bond, while Watson was jailed under a $15,000 secured bond. Brown has District Court dates coming up on May 23, June 6, and June 7. Caudill and Dulin were both scheduled to appear in court yesterday (May 18). Renegar and Watson are set to appear in District Court on June 6.

New Workforce Facility For CVCC To Be Located At Hickory Airport