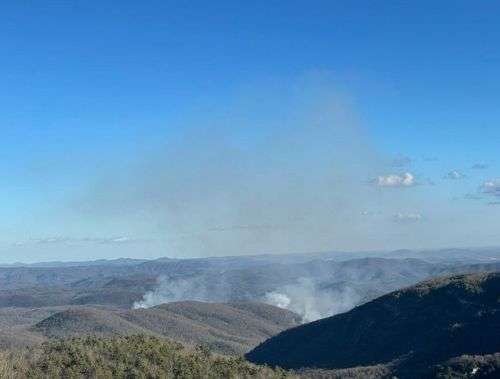 A wildfire in the Wilson Creek area continues to burn. According to an update released Monday (December 27) by the U.S. Forest Service, the Lost Cove Fire was 20% contained.

Firefighters worked throughout the weekend to secure firelines on fire burning on the US Forest Service Grandfather Ranger District in Avery County. The fire is located near Bee Mountain in a remote part of the Lost Cove Wilderness Study Area, 10 miles southeast of the town of Linville The fire, which was reported on Christmas Eve, remained at approximately 350 acres. 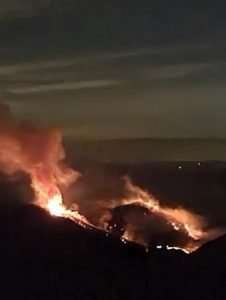 The fire is expected to continue to burn at low intensities to the south and east along Timber Ridge in the Lost Cove Wilderness Study Area until significant rain is received. The following trails remain closed: The Timber Ridge Trail, Lost Cove Loop Trail, Huntfish Falls Trail, Darkside Cliffs Trail and the Mountains to Sea Trail along Gragg Prong between Roseboro and Pineola Roads.

As of Monday’s update, 20 firefighters from the US Forest Service were responding. The public is asked to avoid recreational activities in the Lost Cove Wilderness Study Area until the fire is fully contained.

Lenoir Man Arrested in Hickory for B&E and Safecracking