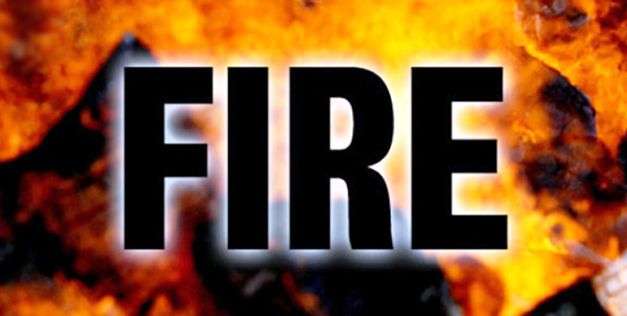 A fire late last week destroyed a home in Morganton. According to information released Friday (July 9) by Morganton Public Safety, Thursday (July 8) at 10:48 a.m., Public Safety firefighters were dispatched to a structure fire at 619 Hopewell Road. Upon arrival at the single-story residence, firefighters determined that the house was fully involved with fire.

Firefighters laid a water supply line from the hydrant at the Duralee Plant, just north of the Incident from the scene. Due to the extended and narrow driveway, most of the Morganton fire apparatus and public safety vehicles had to utilize Hopewell Road for parking.

The combination of the supply hose having to be laid from Duralee and emergency vehicles staged on Hopewell Road resulted in the closure of Hopewell Road. Multiple suppression lines were used to extinguish the fire along with extensive overhaul of materials within the residents.

When firefighters arrived at the scene, they learned that all occupants of the residence had evacuated to a safe location on the property. Duke Power was contacted to turn-off the power to the residence. Fire personnel remained on the scene for approximately three hours. No injuries to victims or fire personnel were found or reported.

The fire is currently under investigation by Morganton Public Safety. It appears the fire is accidental at this time, possibly starting in the bedroom from a cigarette. The residential structure and all contents were a total loss. Burke County REACT assisted Public Safety personnel by managing traffic control operations.