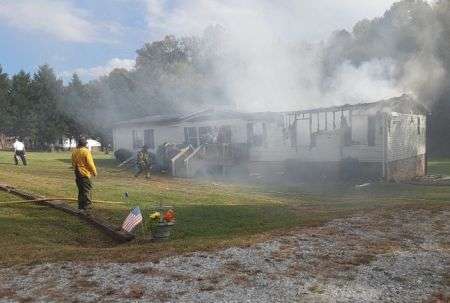 One person was killed in a fire Thursday afternoon (October 21) in Alexander County. The Taylorsville, Hiddenite, and Sugar Loaf Fire Departments responded shortly after 3 p.m. to a residence on Clearview Lane north of Taylorsville. The double wide mobile home structure was engulfed in flames when units arrived. A body was found inside the dwelling.

Alexander County Marshall Mark Earle says 63-year old Kathy Ann Barker, who lived at the address, died in the fire. Earle said that her body was found near the front door. He added that it looks like Ms. Barker was trying to get out of the home. The cause of the fire has not yet been determined.