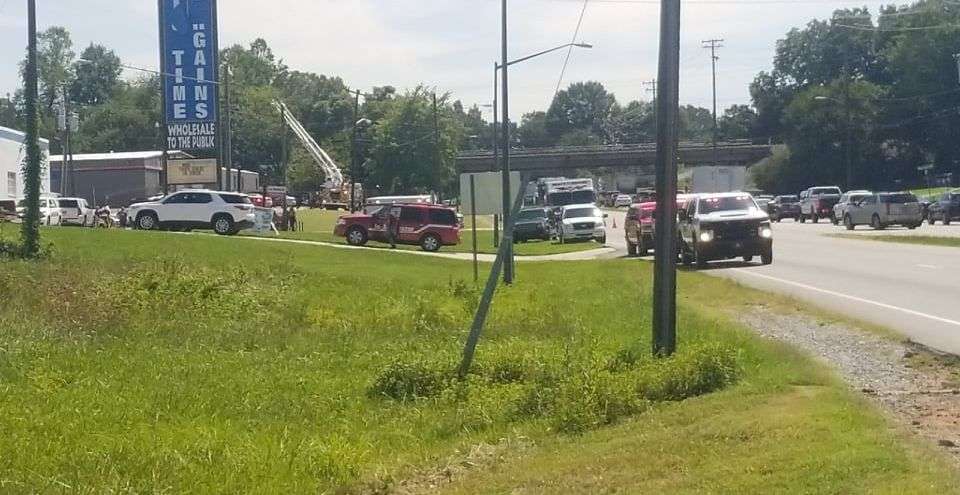 emergency vehicles on the scene on Highway 321 N.W. near James Oxygen this afternoon (09/03)
photo by Steven Dreyer

At 1:28 this afternoon (September 3), Hickory Firefighters were dispatched to a vehicle fire at James Oxygen at 30 Highway 321 N.W. in Hickory. The fire department responded with two engines, one ladder, and one battalion chief. Upon arrival minutes later, the first engine company reported smoke visible from the outside of the building and reported multiple explosions. Additional units from a number of agencies were on the scene this afternoon assisting with the incident. As of 3 p.m. the fire was extinguished. Firefighters remained on the scene to take measures to ensure no additional fires occured.

One person (a James Oxygen employee) was transported to a local hospital. The cause of the incident and damage estimates are not available at this time.