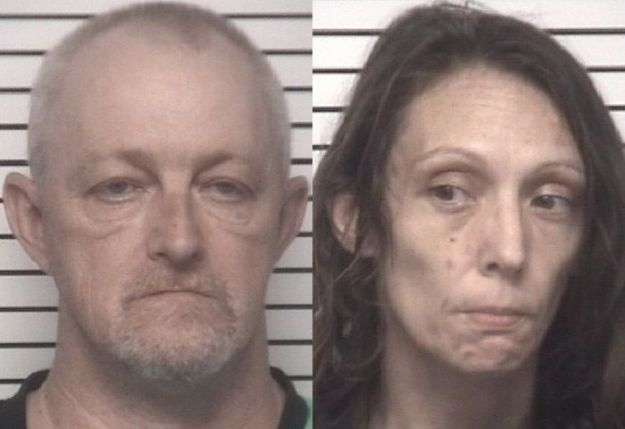 53-year-old Thomas Edward Mounts and 40-year-old Stephanie Elaine Mounts, both of the same Troutman Shoals Road address in Statesville, were arrested last week by Iredell County Sheriff’s Officers. Both suspects are charged with five counts felony counts apiece of breaking and entering and larceny after breaking and entering along with single felony counts of larceny by employee, possession with intent to manufacture, sell, and deliver methamphetamine and maintaining a dwelling for the purpose of selling and delivering meth.

Over the course of several months, the Iredell County Sheriff’s Office had received reports of break-ins to several storage units at a business located at an address on Buffalo Shoals Road in Statesville. Numerous items of property were reported stolen.

After a lengthy investigation where all of the evidence and information was analyzed, it became apparent an employee or employees were responsible for the crimes. The employees were identified as Thomas and Stephanie Mounts who were responsible for general maintenance at the location. Last Tuesday (July 13) Property Crime Investigators received information about stolen property being kept at a camper behind a residence on Troutman Shoals Road southwest of Statesville.

During the search of the camper, officers found several items which had been reported as stolen, ranging from power tools, weed eaters, a table saw, air compressors, and various hand tools. The approximate value of the recovered property is $3,000. Last Wednesday (July 14) the suspects were arrested and they were both jailed under $100,000 secured bond. Both suspects remained in jail as of earlier today (July 20), they’re each scheduled to appear in District Court August 2.

A plane reportedly went off the runway at the Statesville Regional Airport Tuesday (July 6).…