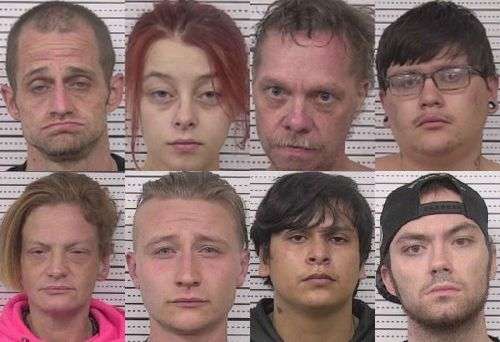 Tuesday at 8:55 a.m. Deputies with Caldwell County Sheriff’s Office responded to the Emergency Room at Caldwell Memorial Hospital after receiving a call from Hospital Staff that a shooting victim was dropped off at the Emergency Room. The victim of the shooting, a 24-year-old Hickory man, suffered two gunshot wounds to his torso. The man reported that earlier in the morning he and his girlfriend were at a residence of an acquaintance and a group of individuals assaulted him and his girlfriend. The suspects allegedly bound and blindfolded them.

The victim’s girlfriend corroborated his account of the events. She said after the incident they flagged down a vehicle to take them to the hospital. Investigators learned that the location of the incident was an address on Joplin Road in Hudson. Investigators were also able to identify an abandoned property on Hood’s Creek Road as the scene of the shooting. Investigators found items on the abandoned property that confirmed the victim’s statements.
Deputies served a search warrant at the Joplin Road address and detained all of the individuals on the scene. A search resulted in the discovery of more items and a firearm that corroborated the victim’s statements. Investigators determined that all of the individuals acted in concert with the kidnappings and assaults.

All eight suspects were jailed in the Caldwell County Detention Center in Lenoir. Bond was set at $300,000 secured for Anthony Bumgarner, James, Bowlin, and Aungst. Coffey, Souther, Tabitha Bumgarner, and Hernandez received bonds of $100,000 secured. They were all scheduled to appear in District Court today (October 27). The investigation into this case remains active and additional charges are expected.