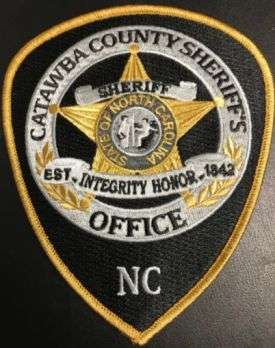 Another shooting in Hickory is under investigation. Authorities believe it may be connected to incidents reported earlier. This morning (July 30) at 12:17 deputies with the Catawba County Sheriff’s Office responded to a report of a person being shot at a residence on 28th Street NE in Hickory. When deputies arrived they discovered that an adult male resident of the home suffered a gunshot wound to the knee. The man was transported to Baptist Hospital in Winston Salem.

A crime scene investigation revealed that multiple gunshots were fired into the residence. An older model SUV, possibly a dark colored GMC Envoy, was seen in the area just prior to the shots being fired.

As WHKY reported earlier, On Wednesday, (July 29) the Hickory Police Department initiated a homicide investigation in response to a shooting a residence in the 200 block of 3rd Street SE. HPD is also investigating a shooting into an occupied dwelling which occurred in the 700 block of 7th Avenue Place SW.

Investigators from both agencies believe these incidents are connected and are working together in an effort to solve the crimes. Anyone having information on any of these incidents is asked to contact Hickory Police Department at 828-328-5551 and or the Catawba County Sheriff’s Office at 828-464-5241.