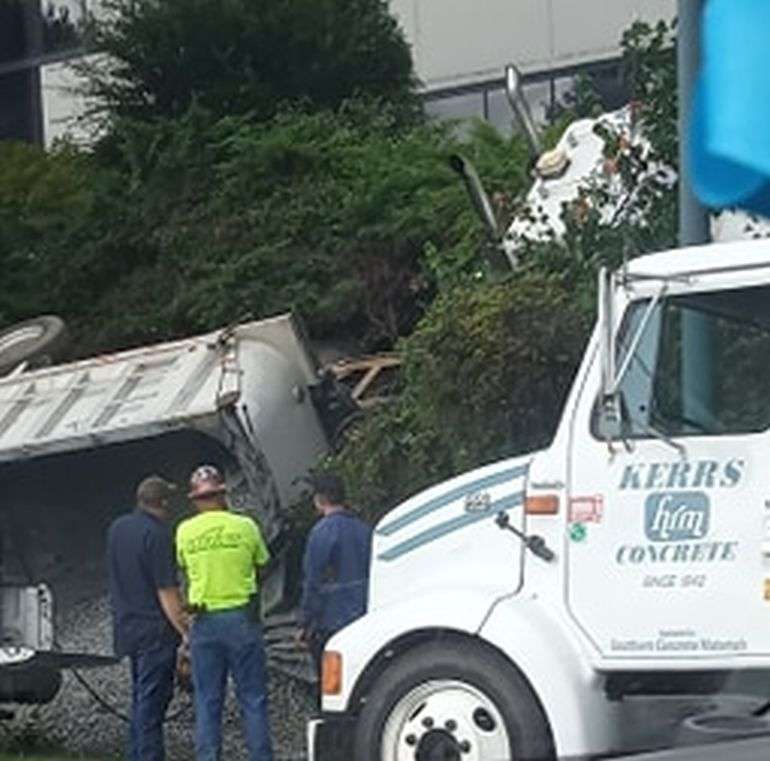 Hickory Police and other emergency personnel responded to a single-vehicle accident on Highway 321 N.W. (near Corning). The accident was reported at approximately 8:45 this morning (August 17). According to Police, a dump truck crossed the median and rolled over. A spokesperson for the Hickory Fire Department says that the truck reportedly had an active leak. Until the truck is moved, Fire Department personnel can’t determine how much material has leaked.

The driver was transported to Catawba Valley Medical Center for treatment of non-life threatening injuries. As of approximately 10 a.m. today, Firefighters and other emergency personnel were still at the site of the accident. At least two Fire Department trucks were on the scene, along with Catawba County Emergency Management. The dump truck had reportedly been moved off the roadway.

Police say they expect the road to be closed for at least a couple of hours. Motorists in the area are asked to exercise caution.

[UPDATE: The Hickory Fire Department says the scene was cleared by noon today. Less than five gallons of fuel were spilled.]
Related Posts