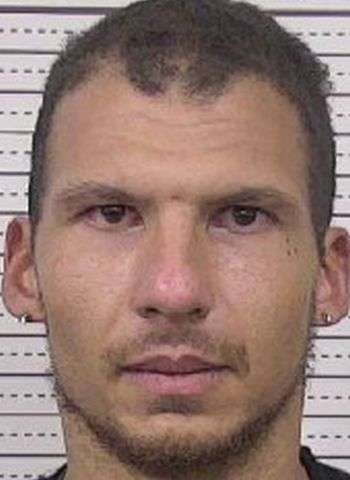 30-year-old Joshua Colby Stamey of North Wilkesboro was arrested Thursday (Octobr 7) by Granite Falls Police Officers. He’s charged with felony counts of possession with intent to manufacture, sell, and deliver heroin and schedule II controlled substance, possession of a firearm by a felon, and possess, sell, or buy a gun with an altered serial number. Stamey is also charged with misdemeanor counts of possession of drug paraphernalia, and possession of marijuana up to one-half ounce. He was incarcerated in the Caldwell County Detention Center under $50,000 secured bond. District Court dates are set for October 15 and October 28.

Hickory Man Jailed On Charge Of Being No Show In Court

43-year-old Jason Mckinley Powell, who is listed as a homeless person from Hickory, was arrested…